The president of the Delegation of Argentine Israelite Associations (DAIA), Jorge Knoblovits, affirmed in dialogue with the AJN Agency that «the Iranian plane hides more than a load», in reference to the Boeing 747 that is retained since Tuesday in the airport of Ezeiza, Buenos Aires.

«Undoubtedly the presence of an erratic Venezuelan plane generates uncertainty. So does the presence of an Iranian plane. In this case they are two countries associated for evil. Venezuela is the most friendly country in terms of history to the Republic of Iran. Doubts and uncertainties must be answered,» Knoblovits said.

The Boeing 747 of the Venezuelan company Embratur arrived in Argentina on 6 June from Mexico with five Iranians and 11 Venezuelans on board. On 8 June it tried to fly to Uruguay but was denied landing and after circling the Rio de La Plata it returned to Ezeiza. The Emtrasur company registered the plane as part of its fleet on 23 January, but for 15 years it operated for the Iranian company Mahan Air, which, according to the United States, is an operational arm of the Quds Force, considered a terrorist group.

Federal Judge Federico Villena rejected the habeas corpus that lawyer Rafael Resnick Brenner had filed on behalf of the 17 crew members and ordered that a criminal case be opened into the episode.

«We will present ourselves as plaintiffs in a complaint before the Federal Court of Lomas de Zamora, because we have the legitimacy to do so. Our country has been the target of two attacks that in our justice system are attributed to Iran. It is a terrorist state and we ask that it be investigated, because that plane is hiding more than just cargo,» the DAIA president stressed. 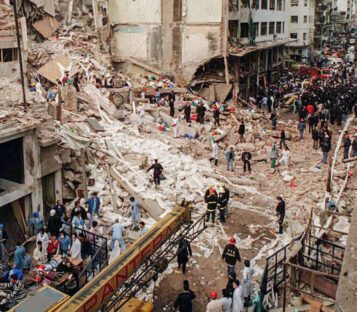 «We want the Iranians to stay in Argentina and we want to know what they are doing in our country. The stopover of the Iranian plane in Cuidad del Este calls our attention, it is where terrorism is financed,» he said.

Finally, Knoblovits expressed how much the lack of justice for the attacks suffered by Argentina, especially the AMIA-DAIA bombing, is corroding: «It is lacerating for Argentina, it is unacceptable for the victims not to be given certainty. These are the pending issues that this society must put on the agenda».

Argentina confirmed that one of the crew members of the Venezuelan plane is a member of the Iranian Revolutionary Guard.

The Argentine Security Minister, Aníbal Fernández, confirmed today that one of the crew members of the Venezuelan plane grounded at Ezeiza airport is a member of Iran’s Revolutionary Guard. 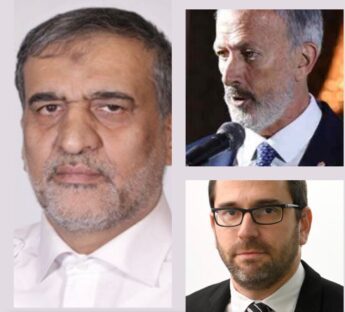 However, the minister clarified that «none of the crew members had red alerts or any kind of restriction preventing them from entering Argentina», in relation to the circulars issued by Interpol for the AMIA bombing.

Fernández stated that Gholamreza Ghasemi’s name coincides with that of a member of the Iranian Revolutionary Guard and stressed that after the crew’s entry «information was received from foreign organisations warning that part of the crew belonged to companies related to the Quds Forces».

In addition, he confirmed that the crew of the plane was larger than reported and that the courts had ordered that their fingerprints be taken.

In a joint statement, the AMIA and the DAIA, the two main organisations of the Jewish community in the country, demanded «full clarification of the situation that has arisen».

For his part, the spokesman for the Iranian Foreign Ministry, Saeed Khatibzadeh, denied that the plane belongs to an Iranian company: «The plane has been sold to Venezuelan airlines for more than a year and its crew is not entirely Iranian». 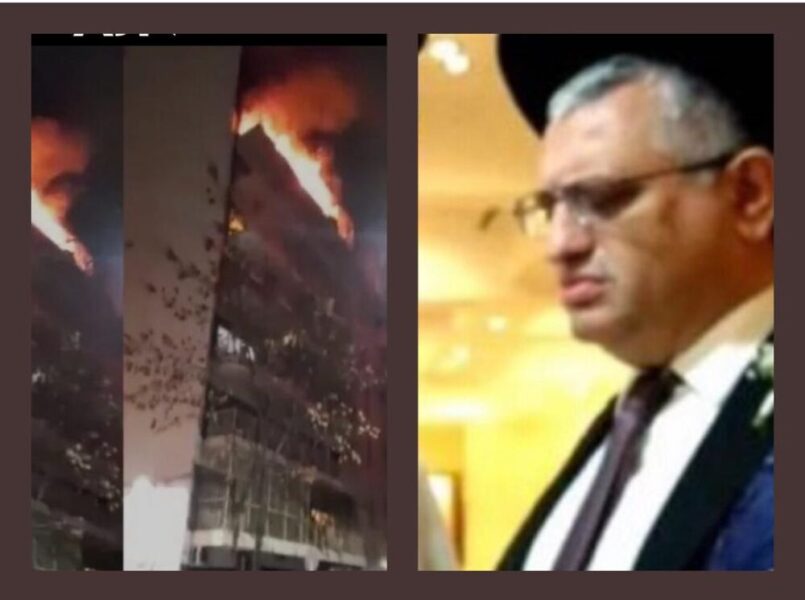