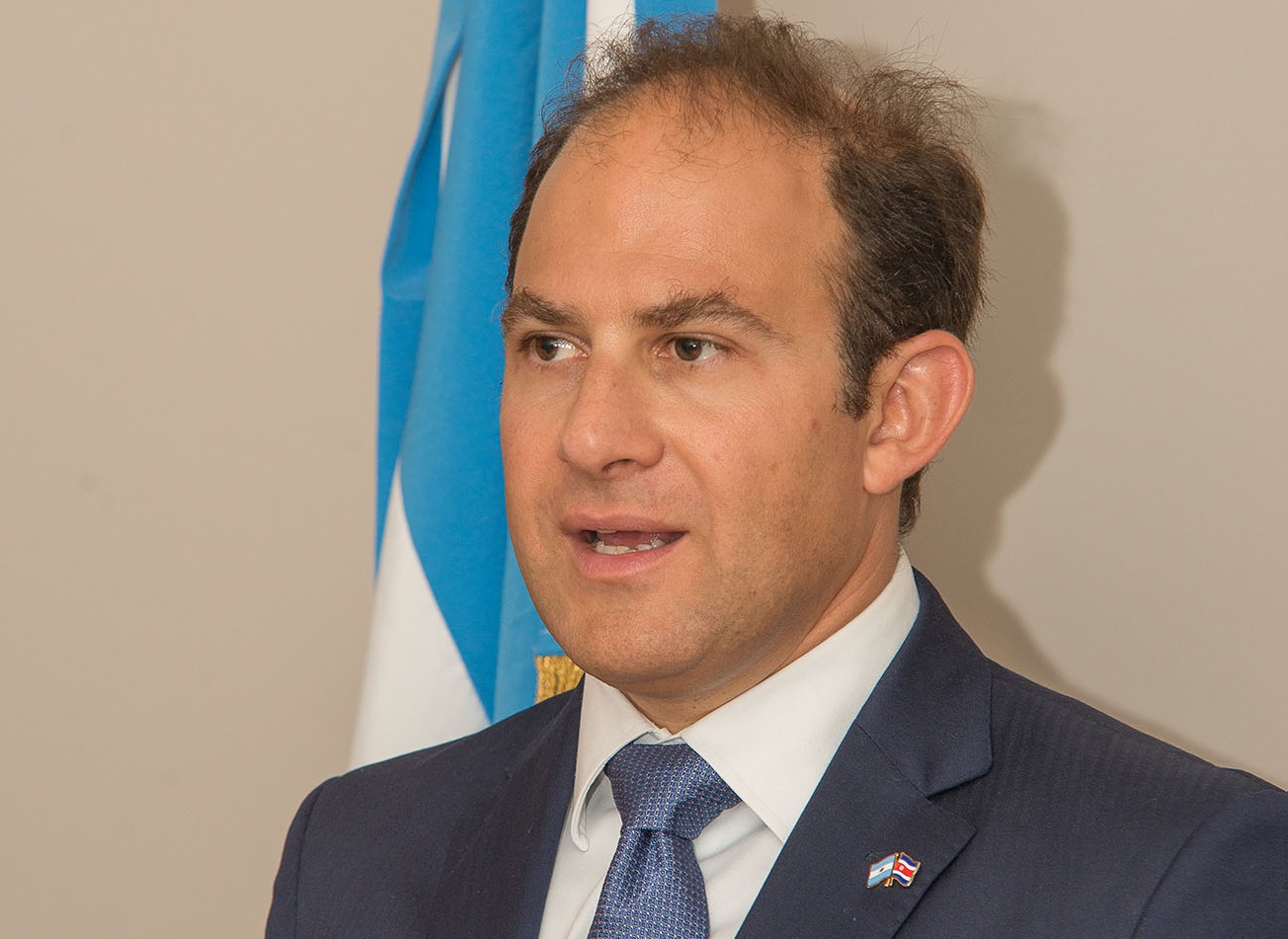 AJN Agency.- The new Argentine ambassador to Israel, Mariano Caucino, said in an interview with AJN Agency that despite the “adverse conditions”, Israel “has achieved an admirable level of development and is one of the most advanced countries in the world”.

Mariano Caucino was born in Buenos Aires in 1976. He is a lawyer graduated from the UBA and founder and director of the School of Government of the UCES. In addition, he is a professor of Argentine Political History and Foreign Policy and a member of the Argentine Council for International Relations (CARI). In 2016 he was named Argentine ambassador in Costa Rica.

The new diplomat will replace Carlos Faustino García, who has been in office since August 2011.

In the interview, he referred to the frequent attacks that were perpetrated in the world and stressed that “the Argentine government has expressed its absolute rejection of all forms of violence and these criminal acts against human dignity.”

Also, regarding the AMIA case and the investigation of the death of the prosecutor Alberto Nisman, he stressed that “the Government will not interfere with the Justice or influence so that the causes go to one side or the other”.

He also evaluated the relations between both countries and the possible visit of Mauricio Macri to Israel.

-What is your expectation for the role of ambassador that you will assume soon?
-An ambassador is the representative of the Argentine State, the Argentine government and the Argentine people. Therefore, the mission i have is to carry the message of friendship and respect for a country for which Argentina feels admiration and with which we share values. They are respect for human dignity, human rights and the promotion of those values. On the other hand, also the recognition of a country that in adverse conditions, even from the geographical and historical point of view, has achieved an admirable level of development and is one of the most advanced countries in the world.

-Netanyahu highlighted the importance of Latin America for Israel. What does it mean for you to take part in this new stage in diplomatic relations?
-We see with great joy that situation. A few days ago, at a conference given by Prime Minister Netanyahu in London, he said it was the first time that an Israeli leader traveled to the southern United States. That implies a great openness and it is a personal effort of a leader like him to make a trip of such magnitude, of such length, visiting both Argentina and other countries in the region. This gives a boost and recognition to the Jewish communities that exist in our countries and to the friendship that exists between our peoples. We see it with great expectation. It is a great opportunity and we hope that it will be reinforced with visits from both sides and that Latin America will be an important scenario for the deployment and international projection of a country like Israel.

-What is your opinion about the large number of attacks that have been provoking in recent times, many of them in Europe?
-On the attacks that took place in Europe, the US and other countries of the Middle East, as in Turkey, recently and often unfortunately, the Argentine government has expressed its absolute rejection of all forms of violence and these criminal acts against dignity human I hope that each of the countries and the international community can find the guilty, judge them, condemn them and try to prevent these situations from happening again. Unfortunately, we know that terrorism is something that exists and that unfortunately is not over or will end quickly. Argentina, moreover, is a country that has suffered in the flesh two terrible attacks against the Argentine people, in the first place, and against Israeli institutions, which constitute attacks against humanity. They were held in Buenos Aires but they are still part of a wave of very serious attacks that have taken place in the world in recent decades. To which we must add this new trend that there are attacks carried out almost individually and with a low cost in the operative. This makes prevention very difficult, because they practically act with very low cost, with high impact and danger, as demonstrated in the last attack that took place last week in New York, which unfortunately killed eight people and of which five oh them were Argentines.

-In the first meeting between Netanyahu and Macri in Davos, there was a strong commitment to work together in the clarification of the attacks and the death of Nisman. What is your reflection on this?
-The Government, as stated by Macri in Davos in January 2016, has the vocation to let the Justice act, investigate, clarify the cases in the shortest time possible and that those responsible be found, tried and convicted. Both the material authors and the intellectuals of those events, both in their local manifestations – that is, in Argentina – or in other countries. I know that the Government will not interfere with Justice or influence so that the causes go one way or the other. Unfortunately that happened in the past and they are painful, negative stages. The learning of Argentina has to be not repeat it. The Argentine government’s commitment is to allow the Justice to act in the resolution of those three cases that shocked Argentina, which damaged the international reputation of Argentina and that especially harmed the image of the country in what happened next. Because ultimately, the attacks are part of a tragedy that exists in the current world of violence. That of course you have to try to avoid it and fight it. But once they occur, and regrettably more and more often even in highly developed and secure countries such as the United States, what is additionally serious is the lack of judicial resolution and interference in the same.

-Netanyahu expressed interest that Macri visit Israel. Do you think that this visit will be possible in 2018?
-It is a will, but it does not have a date yet. We will work on being able to do it as soon as possible. Hopefully it is possible in 2018.

– What expectations do you have in the commercial exchange that can be generated between Argentina and Israel?
-The vocation of the Argentine government is to promote commercial relations and ensure that Argentine products are more present throughout the world. And also regarding the export of services. In that the Government has a permanent vocation and the ambassadors have the instruction to do, so i tried to do it in Costa Rica and I will do it without any doubt in Israel.

-Did you previously visit Israel?
-I went to Israel in 2011, on a trip with a group of university authorities. We visited the Ben-Gurion University, in a geographically complicated area, but where an extraordinary technological advance had been achieved. It really impacted me. Afterwards we visited Tel Aviv, Jeruslaem and also visited the south of the country, Eilat. It was a trip that I always remember as one of the most interesting that I did.

– What is the message for the Argentines who live in Israel a few days of traveling there?
-To the community of Argentines in Israel, of course, i express my interest in making contact with them as soon as possible. I do not know exactly the date on which i will travel, it will be in the coming months, and it will be a pleasure to meet with the Argentine communities while abroad. It has an additional feeling to meet the people of your country abroad. It has happened to me in Costa Rica and I am sure we will feel the same feeling in Israel. And maybe even more, because it is a more distant country geographically. When you meet Argentines far away, that feeling emerges and is an almost immediate friendship.

– Shortly after the 70th anniversary of the Independence of Israel. What does it mean to participate in this event?
-It is a very happy coincidence for me to be present at that moment. It is going to be an event with characteristics of reaffirmation of the will and commitment of the international community in recognition of the rights of the Jewish people to finally have a State, after an endless struggle and demand for that reality that exists today. It is a source of pride for the whole of humanity to see how a people have that will to be, to exist and to live in respect and harmony with others. I think it exceeds that situation for Israel and the Jewish people. I think it is a manifestation of the best of humanity. 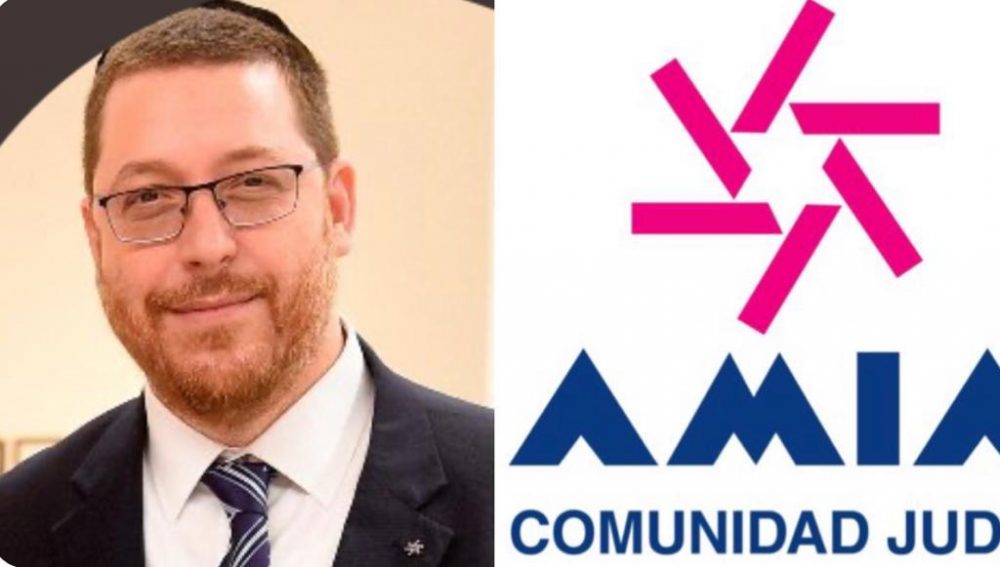