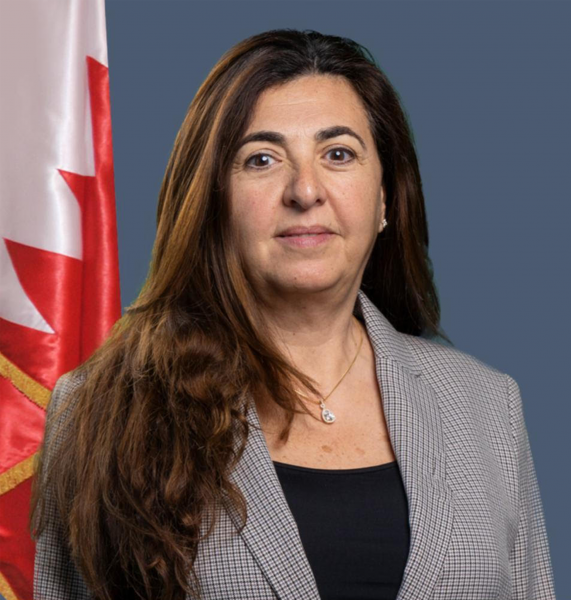 AJN Agency.- Houda Nonoo was Bahrain’s ambassador to the United States between 2008 and 2013 and became the first Jewish diplomat in the Arab region, and the third woman to be designated Bahrain’s ambassador. In dialogue with the AJN agency, she assured that “while anti-Semitism is on the rise in the West, there is a great way of life in Bahrain and it is a wonderful place to raise a Jewish family”.

During the interview with AJN, Ambassador Nonoo shared her analysis on the Abraham Accords signed with Israel and stressed that «they will lead to a sustainable peace in the Middle East.»

Furthermore, she narrated what was it like to visit Israel for the first time in November 2020: “I had the honour and privilege of participating in a delegation, led by the Foreign Minister to Israel – the first time Bahraini officials landed in Israel, flying on our national carrier, Gulf Air Flight number 972. While it was historic and memorable for all, it was particularly exciting for me as a Bahraini Jew.»

AJN: What do the Abraham Accords mean to you?

HN: As a citizen of this region, I am filled with excitement to see the construction of a new Middle East, one focused on coexistence and prosperity. I am immensely grateful to His Majesty, King Hamad bin Isa Al Khalifa and His Royal Highness, Prince Salman Bin Hamad Al Khalifa, the Crown Prince and Prime Minister, for their leadership, vision, and courage to lead our nation proudly and boldly into the future through the signing of the Abraham Accords. I, like my fellow Bahraini citizens, express our support and enthusiasm, for the opportunity our leaders have seized and the promise it represents to build a better life with security and opportunity for all of us and for future generations still to come.

AJN: What is your perception of this new reality in the Middle East?

HN: I believe that at the core of this agreement is the desire to create a new Middle East, one built on peace and prosperity for all. I believe that the growing partnerships between Bahrain and Israel, will lead to sustainable peace in the region.

AJN: After the signing of the Abraham Accords, social networks were flooded with favorable expressions and a lot of acceptance that left us astonished.
Were you also surprised or did you already know that the signing would be very well received?

HN: Yes, it was very exciting to see social media was buzzing with comments, photos and videos of support. Immediately after the announcement of the establishment of relations, our Jewish community in Bahrain received calls and emails from Jews around the world wishing us a mazal tov – or mabrouk, as we say in Arabic – and shared their enthusiasm and eagerness to visit us soon. 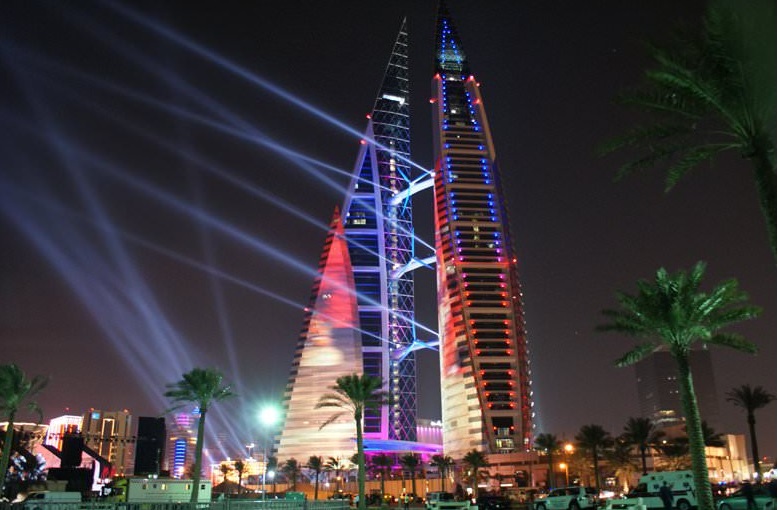 AJN: What do you believe is the future for the Bahrain-Israel relationship following the signing of the Accords?

HN: While 2020 was historic for Bahrain and Israel, I have always felt that 2021 would be even better as we begin to feel its influence. In Bahrain, we see a few areas of opportunity resulting from the new Bahrain-Israel relationship, including oil & gas, logistics, information, cyber-security, technology, manufacturing, financial services, healthcare, education, and travel and tourism.

The COVID pandemic impacted economies around the world. Now, as economies open up again, there is a new market for businesses in Bahrain and Israel to tap into. The opportunities in technology, start-ups, fintech, industrial manufacturing, real estate, agriculture, food processing and consumer goods have no limits. Additionally, our countries can benefit from sharing best practices as we continue to strengthen our economies.

In January, the National Bank of Bahrain signed MOUs with Israel’s two largest banks – Bank Hapoalim and Bank Leumi. This was an important first step as both governments created plans to help their business communities participate in opportunities in both markets. These MOUs helped enable investments, trade, clearing services, foreign exchange, securities trade and other critical components to facilitate business between the two.

AJN: Was there an agreement also signed with Mekorot, the Israeli water company?

Israel is known for its healthcare innovation, creating cutting edge solutions to some of the world’s most complex healthcare challenges. By partnering, we can propel healthcare forward. We can also benefit from an exchange of doctors, research and medical training programs.

Gulf Air, our national carrier, announced that it is planning on launching direct flights to Tel Aviv. I believe that will open up travel between our two countries and many of our hotels are developing special packages and offerings for Israeli guests.

This is just the beginning, there are many more announcements to come.

AJN: In November 2020, you visited Israel for the first time, can you describe your experience?

HN: I had the honour and privilege of participating in a delegation, led by the Foreign Minister to Israel – the first time Bahraini officials landed in Israel, flying on our national carrier, Gulf Air Flight number 972. While it was historic and memorable for all, it was particularly exciting for me as a Bahraini Jew.

This was my very first visit to Israel. Ironically, after never visiting Israel my whole life, I went twice within one week. During my five years serving in Washington, I made many new friends and was often asked if I had been to Israel. I always said, “Not yet.” In my heart, I hoped and prayed for the opportunity, but I was determined to wait for the moment when circumstances would allow such a visit. As a loyal and committed citizen of Bahrain, I naturally respected the reality of the situation. I could only dream. And hope. And wait. And dream some more. In November, that dream became a reality.

I am so delighted to have had the chance to visit. It was the manifestation of a dream that I have dreamed since I was a young child. As we embarked on the flight back to Manama, I thought about how one of the drivers for the Abraham Accords was to create a better future for our children – yours and mine. We are setting an example for them that focuses on building relationships. One which reminds them that we are stronger together. I pray that all of us now dedicate ourselves to the great work ahead to make the dreams come true for the youth of our region, and that’s broader than just the youth in Israel and the Gulf.

AJN: I’ve seen your Shabbat Shalom series every Friday through your social media. What inspired you to do this?

HN: I have always enjoyed connecting with people and after the Abraham Accords, I received many inquiries from media and Jews around the world, asking me about what this time meant for me, for our community and asking to learn more about Bahrain and our Jewish community. This became the impetus for me to rejoin Twitter and in many ways, the response was even more than I anticipated.

Many of the questions I receive center around a common theme – what is it like being Jewish in Bahrain? While I could continue to answer those questions, I wanted to do more, and to show just how accepting Bahrain is of our religion.

I was inspired to create the Shabbat Shalom series where each Friday, I bring traditionally Jewish items – like my Shabbat candles and Kiddush cup – and the now famous Kedem bottle of grape juice and take a picture of them with Bahraini landmarks such as the Tree of Life and King Fahd Causeway, which links Saudi Arabia and Bahrain. So far, these two words, “Shabbat Shalom,” have created a buzz and have reached more than 1.8 million people from all over the world who wish each other Shabbat Shalom because of these tweets. The feedback has been amazing – Jews, Muslims and Christians from all over the world (the US, UK, Europe, the Gulf, Israel, other Middle Eastern countries and Asia), all replying with a Shabbat Shalom greeting of their own and learning about Bahrain at the same time.

My hope is that, as more people are vaccinated that they will come visit Bahrain in person and experience these sites for themselves but until then, I’ll continue to enjoy sharing these little slices of Bahrain with you all.

AJN: In February, the Association of Gulf Jewish Communities launched and which you sit on the board of. What inspired the creation of the AGJC?

HN: As Jewish life continues to grow in the Arabian Gulf as more Jews move to the region for business opportunities, there is a greater need for more kosher food options, Pesach programs in hotels, Jewish schools, youth programming, additional synagogues and Jewish infrastructure. The Gulf has many things to offer. For example, whereas antisemitism is on the rise in the West, we don’t have any issues with that here. There is a great lifestyle, and it is a wonderful place to raise a Jewish family.

The AGJC is a people-to-people network of the Jewish communities from the GCC countries, who are developing Jewish life in the region. While each community is independent, we share a common goal and vision: for Jewish life in the GCC to flourish for the benefit of both residents and visitors. Under the spiritual leadership of Rabbi Dr. Elie Abadie, based in Dubai, and president Ebrahim Dawood Nonoo, based in Bahrain, we are partnering on different communal programs and services so that our resources, will enhance each other. The Association’s board consists of members from all six Gulf countries, who together will forge the path forward for growing Jewish life in the Gulf.

Under the AGJC, The Beth Din of Arabia, is in the process of being established, to assist with issues pertaining to personal status, inheritance, and voluntary business dispute resolutions in the region. The Arabian Kosher Certification Agency is also in the process of being created to oversee kashrut regionally using the same set of standards throughout all six Gulf countries, thereby making it easier for Jewish individuals to live in or travel around the Gulf. 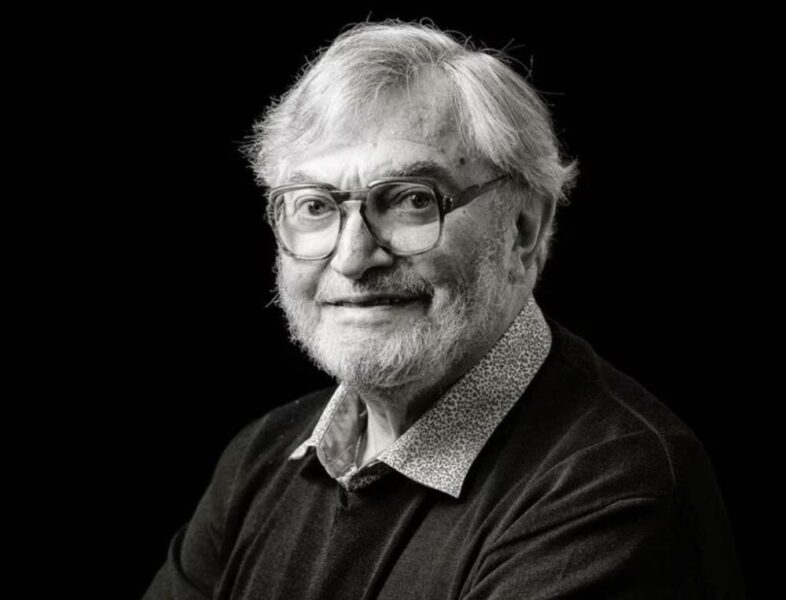